I feel sorry for young people.  Youngsters today are growing up without inspiration. They are growing up in a culture in which virtue and sterling character are viewed as obsolete. Much of our society seems dumbed down, watered down, downgraded.

It’s the Me Generation

It’s the Me Generation. The universe revolves around Me.  Don’t do or say anything that might offend Me. Because…well, I’m Me.

You can tell a lot about a culture by noting who their heroes are.  In our culture, it’s entertainers and pro athletes for the most part. We tend to categorize them in the general term, “rock stars.”  These people may be immoral, hooked on drugs, and emotionally derelict, but their exotic lifestyles appeal to Me.

We old folks grew up in a different environment. Although television was beginning to dilute our cultural heritage with bogus heroes such as Superman and Batman, we kids were still inspired by the lives of real people who had done great things—for others, not for Me.

Heroes of the Past

My mom had invested in a set of beautiful Bible story books which I devoured by the hour. Young David had killed the lion and the bear and finally the evil giant, Goliath (He made me a lifelong advocate for the little guy).  Samson had destroyed 3000 Philistines at his death.  Moses had led Israel across the wilderness, praying down supernatural provision along the way. Noah had spent 120 years building a giant ship to save a remnant of the human and animal species.  None of these biblical characters were portrayed as morally perfect, yet they all had an impact on an impressionable little life.  I never got over the thrill. 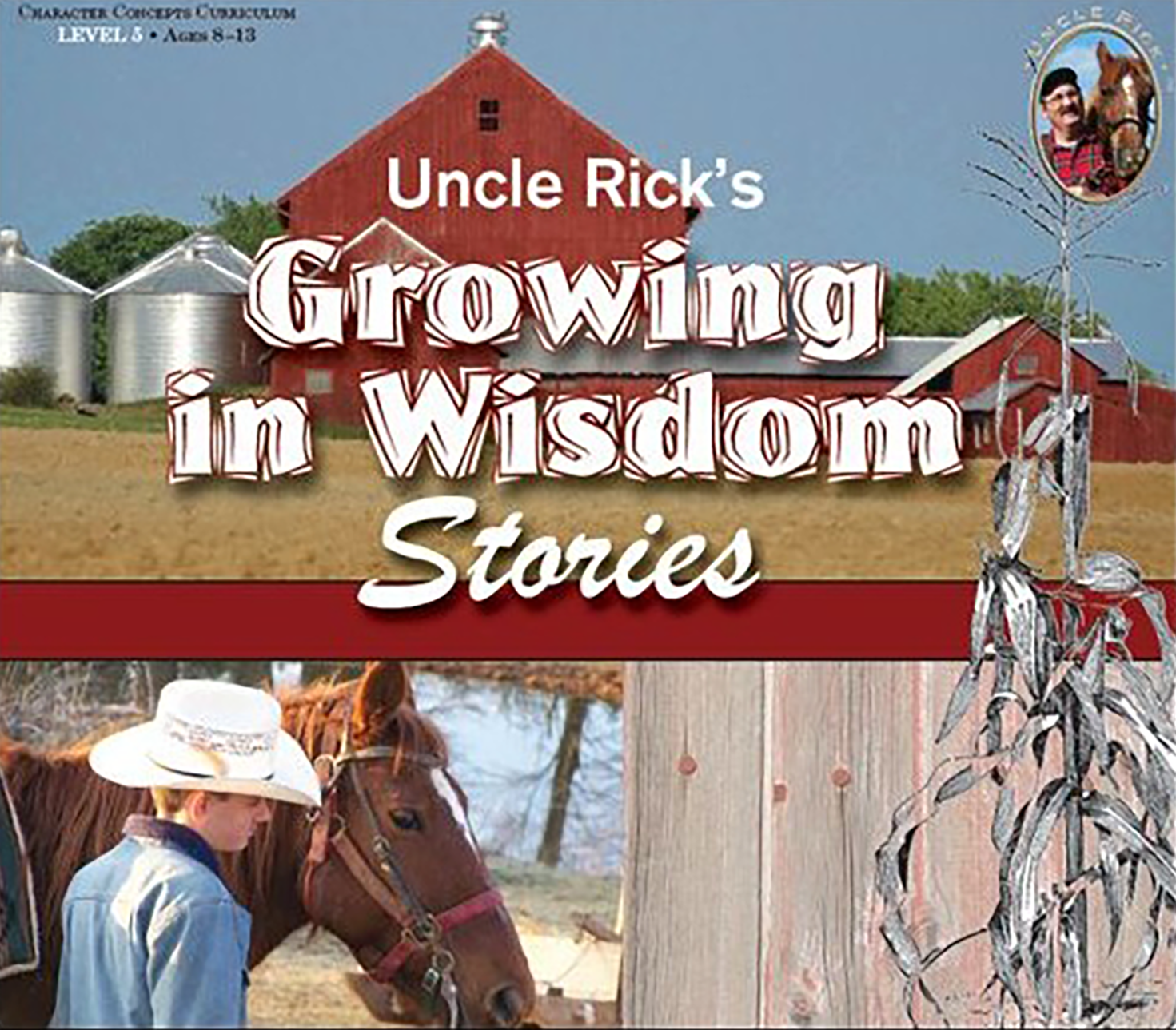 Along the way, I encountered more heroes. Some of them were real, some fictional.  Television offered cowboy good guys who always wore white hats.  Far better, real life constantly thrust before me examples of people who had done, dared, and suffered great things for causes bigger than themselves.  Our history books introduced us to great Americans (remember that phrase, “great Americans?”) and every school classroom sported a portrait of George Washington.  For a reason.

Born again at sixteen, I began to discover another category of heroes.  Corrie Ten Boom who had suffered in a concentration camp for hiding Jews from the Nazis.  George Whitefield, the great British preacher who led the Great Awakening up and down the American east coast.  John Paton, missionary to pagans so depraved that when his wife and baby died, he slept on their graves to keep the locals from disinterring and eating their bodies. George Muller, who had supported 2,000 orphans by faith, without asking anyone but God for help or even letting their needs be known.  David Brainerd, who poured out his life before the age of 30 in taking the gospel to the Indian tribes.

Sure, boys in my day collected baseball cards. But back then (believe it or not) even sports “heroes” took responsibility for their personal example to the kids who idolized them. They tried to be the kind of people the kids thought they were.  My point is things were different sixty years ago.  Not perfect, but far better than they are now.

Because kids need heroes. Not immortals like Superman who never fail because they are indestructible. But real people with real weaknesses and fears. People who sometimes rise above those fears and win seemingly impossible victories. People of real virtue like Robert E. Lee, so noble in defeat that he was admired by friend and foe alike. There was a time when every town in the South had a school and/or a street named after him, and women brought their babies for him to pray a blessing over them. 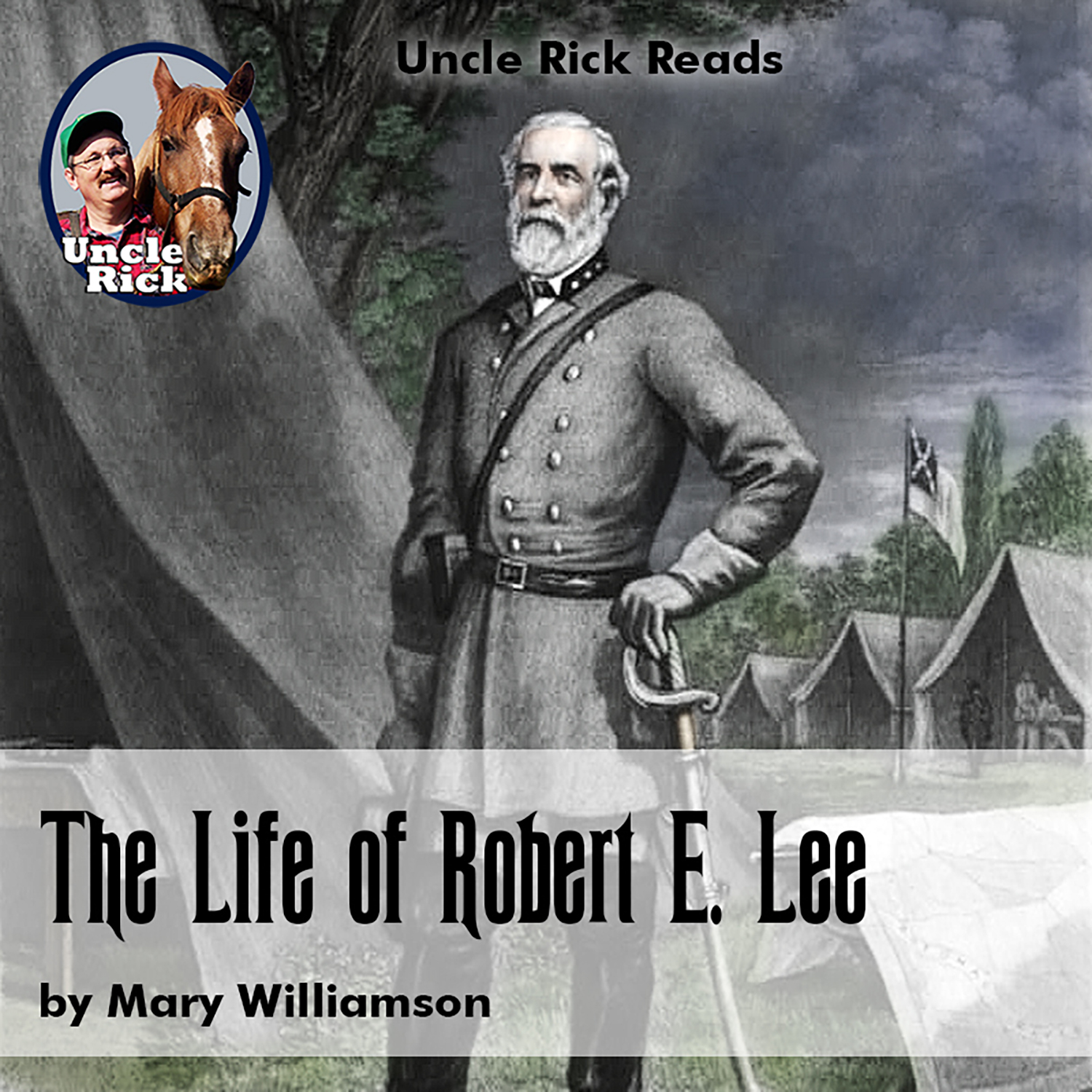 One has to wonder when people suggest tearing down a statue, how many of them have even read a biography of the person the statue memorializes.

I’ve pondered on the question of why heroes have such a powerful influence on young lives.  I think one reason is the power of inspiration.  Boys who spend time reading about great men instinctively want to become great men.  To attack great challenges and overcome them.  They see how men in former times suffered, fought and sacrificed for causes bigger and greater than themselves, and became bigger and greater men in the process.

It’s similar for girls, of course. How could a girl read about Corrie Ten Boom and ever be satisfied with a life spent watching soap operas?

Heroes encourage us in our difficulties. And when kids read how Booker T. Washington and George Washington Carver rose from slave childhoods to become world changers, it ignites a flame of hope that they too, can one day be world changers as well. 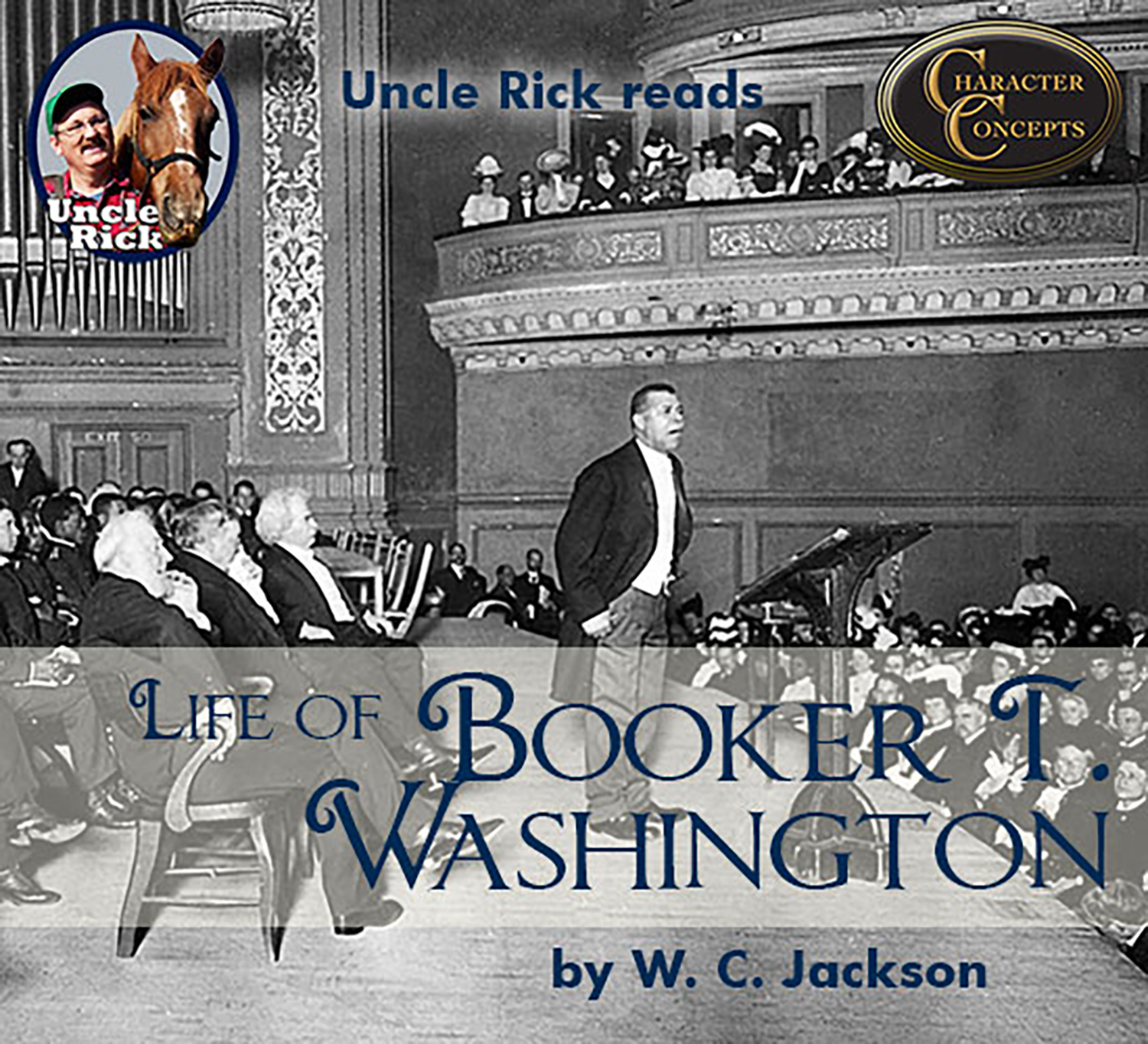 Heroes are life and breath to the optimism of youth. They are hope-givers.  At the same time, they make us ashamed of the littleness of our problems and the pettiness of our excuses.  They make us hunger to be more than we are, discontent with the mediocrity we see around and in us. They challenge us to lift ourselves from the swamp of the mundane and start climbing.

These are some of the reasons that so many of the books I record for the Uncle Rick Audio Book Club are biographies.  I myself thrill to stories like that of Jake DeShazer, who suffered for years through Japanese prison camp tortures and yet went to Japan as a missionary after World War II ended.  I love how George Rogers Clark led his men across 200 miles of flooded, freezing river bottoms to take Fort Vincennes.  And oh, so many others.  Ben Franklin. The Swamp Fox. Stonewall Jackson. Thomas Edison. Fanny Crosby. Patrick Henry. Eddie Rickenbacker. Nancy Hart. Lydia Darragh.

I have worn a number of hats over the years. Each role has had its rewards.  Marilyn and I have met, taught, counseled and learned from thousands of parents and their children.  We’ve been privileged to write books and travel across the country speaking to groups of marvelous appreciative people. But I think that if I had done nothing in my career beyond the delightful work of recording great books for young people, it would have been a wonderful journey indeed.  The fan mail I occasionally get from kids around the country affirms that I’m not the only one inspired by the lives of heroes. 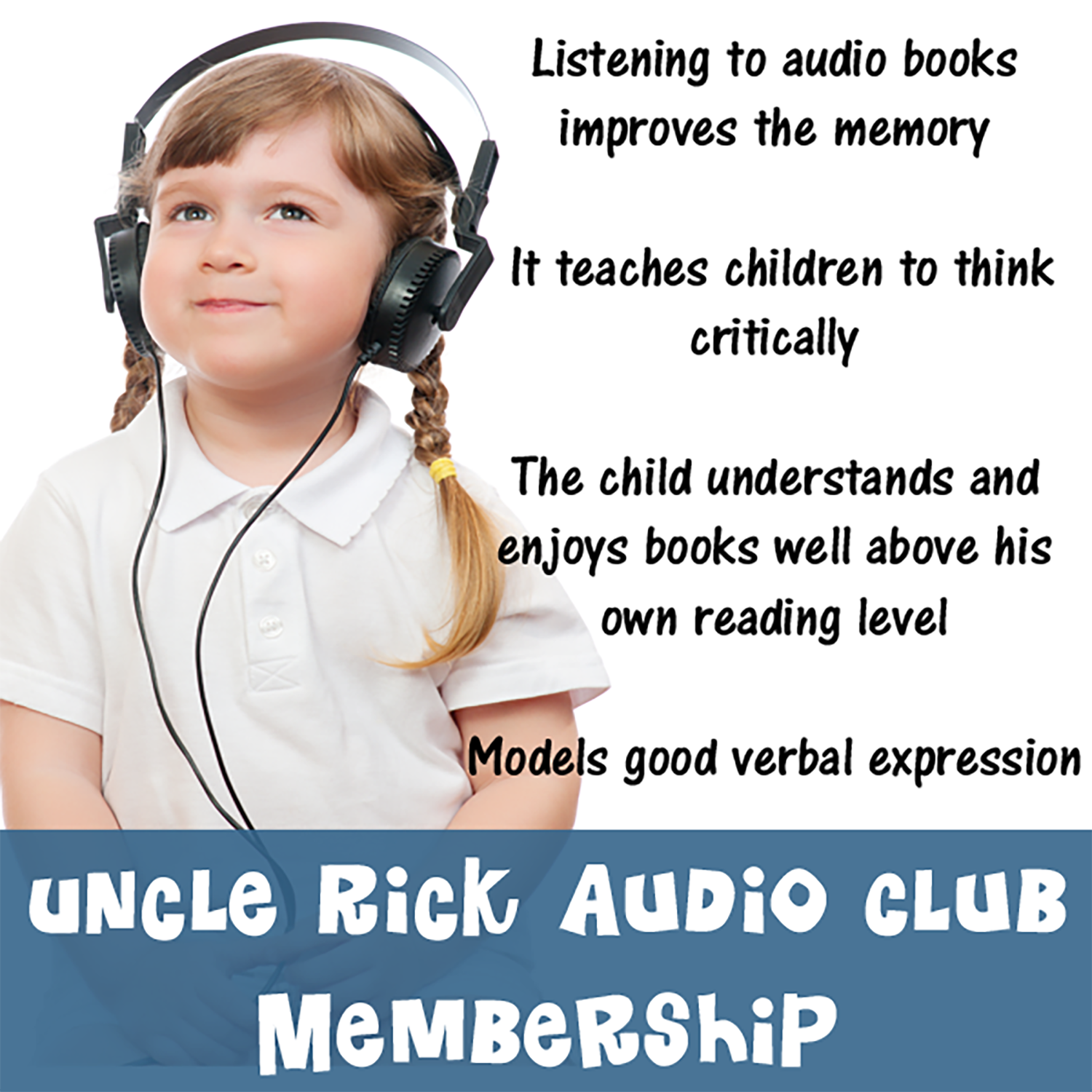 I recently received a wedding invitation from a young man named Michael who has been listening to my audio books since he was a small child.  I have met him only once in all those years.  Now my wife and I are to have the honor of joining his family for this very special day.  It seems that in some small way he views Uncle Rick as a hero in his life.  That’s very kind, but undeserved.   What I’ve done for him anyone could have done. I introduced him to real heroes. And they have helped him grow into the fine young man that he is.  I wouldn’t be surprised if someday he is somebody very special. Maybe even a hero.

Rick Boyer wears many hats. Parents know him as a speaker/author who tackles the challenges of parenting head-on.  He offers practical, effective solutions based on Scripture and over 40 years of parenting experience.  He and his wife, Marilyn are the authors of many popular books on parenting as well as the Bible-based Character Concepts curriculum.

To homeschooled kids, Rick is “Uncle Rick,” a dynamic storyteller who brings Scripture and history to colorful life and turns them into delightful and life-changing character lessons. The Uncle Rick Audio Book Club offers 2 youth audio books per month for a $10 monthly membership.  Check out his audio recordings at www.UncleRickAudios.com